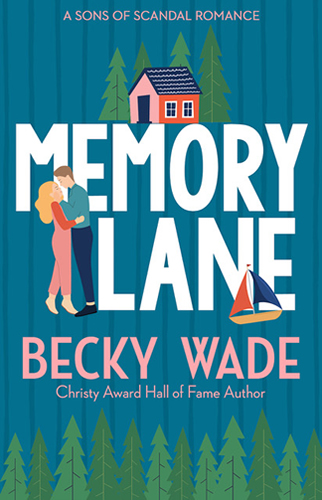 After surviving a trauma several years back, Remy Reed relocated to a cottage on one of Maine’s most remote islands. She’s arranged her life just the way she wants it, spending her time working on her wood sculptures and soaking in the beauty of nature. It’s quiet and solitary—until the day she spots something bobbing in the ocean.

Her binoculars reveal the “something” to be a man, and he’s struggling to keep his head above water. She races out to save him and brings him into her home. He’s injured, which doesn’t detract from his handsomeness nor make him any easier to bear. He acts like a duke who’s misplaced his dukedom . . . expensive tastes, lazy charm, bossy ideas.

Remy would love nothing more than to return him to his people, but he has no recollection of his life prior to the moment she rescued him. Though she’s not interested in relationships other than the safe ones she’s already established, she begins to realize that he’s coming to depend on her.

Who is he? What happened that landed him in the Atlantic Ocean? And why is she drawn to him more and more as time goes by?

There’s no way to discover those answers except to walk beside him down memory lane.

Also available for preorder wherever fine books are sold